Where must we go, we who wander this wasteland, in search of our better selves?

The site was started with a simple mission: to create a place for film and television lovers to go and for its contributors to have a platform to share their passions. Our only condition is to write about the things that interest us. No clickbait, no hot takes (well, mostly) just honest opinions and in-depth looks. In the vast spaces of the web, we’ve carved out a place where everyone is welcome.

Blake is a die hard when it comes to both his sports and his comics. He believes in going big and is well known for his humility.

Dan is a native of the Philly suburbs who spends his time juggling adventure seeking with watching as many movies as possible. As a child and budding Indiana Jones cosplayer, he dreamed of one day becoming a writer. Now, he just plays one on the internet. Dan can be found shouting into the void on Twitter (@votepennywise) and Instagram (post_modern_prometheus)

Ryan lives in Philadelphia. He has loved movies all his life, and still considers mirrors untrustworthy.

Brittany is a pop-culture obsessed nerd who loves all things entertainment. Through films, she’s lived a million lives. And they’re all beautiful.

Nikkole studied Film & Television in London, where she received her M.A. She knew she had a passion for cinema when at the tender age of 8, the sweeping Civil War epic Gone With the Wind was her favorite film.

When not consuming films and television, François feels like he’s wasting his time. He regrets every movie he doesn’t get to see in theaters. 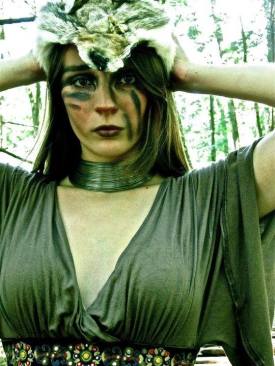 If she isn’t busy saving animals and the planet, Kyla finds herself indulging in a variety of films and adores the theater experience. Her job description can be found throughout Hayao Miyazaki’s Princess Mononoke